Kertajati International Airport in West Java, Indonesia had its soft opening on 24 May 2018, inaugurated by the President of Indonesia, Mr Joko Widodo.

Surbana Jurong’s Aviation team was the appointed consultant for technical feasibility study and business planning for the airport, which is the second largest in Indonesia. Also known as Bandar Udara Internasional Jawa Barat (BIJB), the airport will facilitate international tourism to Bandung, capital city of West Java province; it is targeted to cater for 18 million passengers per annum in the next few years.

Our Aviation team provided a comprehensive overview of the airport’s planned infrastructure in determining the feasibility of operations in legal, safety and financial terms. A 25-year period financial forecast was also prepared in collaboration with accounting firm KPMG. The team then presented a set of findings and recommendations on Operational and Business Infrastructure, Airport Management Organisation and Financial Performance, which was the first cornerstone in moving this project towards completion. The airport is expected to be fully operational in June 2018, in time to relieve domestic traffic on the roads across Java Island during the Hari Raya holidays.

Surbana Jurong’s Southeast Asia’s Water & Environment team has secured a milestone win with first-time sewerage projects in three cities in Indonesia and one of the nation’s first sewerage schemes in years.

The team will provide consultancy services for Metropolitan Sanitation Management and Investment Project (MSMIP) in Indonesia. Appointed by the Directorate General of Human Settlements under the Ministry of Public Works and Housing, the project will see sewerage systems to be built for the first time in Indonesia’s three major cities, Makassar, Jambi and Pekanbaru.

In partnership with MWH Global and leveraging local expertise at PT SMEC Denka, the team will provide design development, tender preparation and evaluation, and construction supervision of the sewerage systems. Design development will cover areas such as the wastewater treatment plants and networks associated with the cities’ business districts. The MSMIP will heighten the environmental value of the cities, which presently depend on poor standard holding tanks to collect and dispose of household effluent.

Brian Hayden, SEA Division’s Water Manager, said, “There have been a number of water supply schemes in Indonesia over the past 20 years, but this is the first sewerage scheme hence it is a great win for the team amidst strong competition. There will be some major engineering and construction challenges on this project which can be associated with first-time sewerage schemes in very populated cities. The social and environmental aspects of this project need to be closely managed throughout the term of the project as well.” He added that this is a significant win for both SMEC and the growing Indonesia team whose water infrastructure capabilities continue to develop. The project will take 40 months. 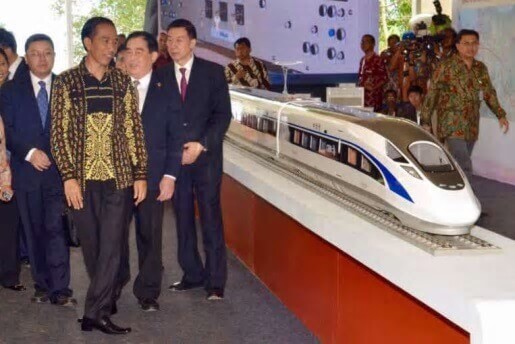